About Vogue Showhomes
Vogue Showhomes have vast experience in designing and installing the Marketing Suites of new developments and private clients, ensuring that potential purchasers first impressions are exceeded.

The Brief
The brief for this project was to create a film about the lifestyle of Vogue Showhomes. Inspired by a lot of recent adverts from Dove, UPS and Nike. We wanted to create something cinematic with a creative script, powerful visuals and a striking sound design. We knew we had to keep this less than 2 minutes.

The Project
From our first initial talk with the team, we knew what we needed to achieve. Researching into interior and design films, there seemed to be a big gap in something creative, most of the films were very corporate with their CEO talking about the company. This film was part of a big pitch for the company, which would be a big investment for the company. It was important that we created a world, which we could invite the audience into.

Surfing through commercial adverts, Vimeo playlists we looked at the creative market to see what was out there. We then sent our ideas and look book examples to the team. They were happy and gave us their initial feedback. The 1st step was to understand who they were and what they do well. With this information we started to write the creative script and pick our voice over artist.

We spent 1 full day filming across a couple of filming sites, mainly at their offices, warehouse and a show home they designed. We wanted to give their audience a real insight to the whole creative process. We even got the drone out to show how green the area is they work in. The edit is where the magic and the story happened. Our sound designer John recorded sounds on set to manipulate in the final edit. We wanted to make sure the sounds captured really enhanced what was on screen. Cinematic inspired the look was to create a more blue/green palette with a little de-saturation.

The project has been well received and stood out in the pitch. This is now used on their website, recruitment and social media channels. This was a full creative production by Fix 8 Films from idea to execution; every story needs to be told.

We Are Vogue Showhomes

The Design is in the detail; we invite you into the world of Vogue Showhomes. 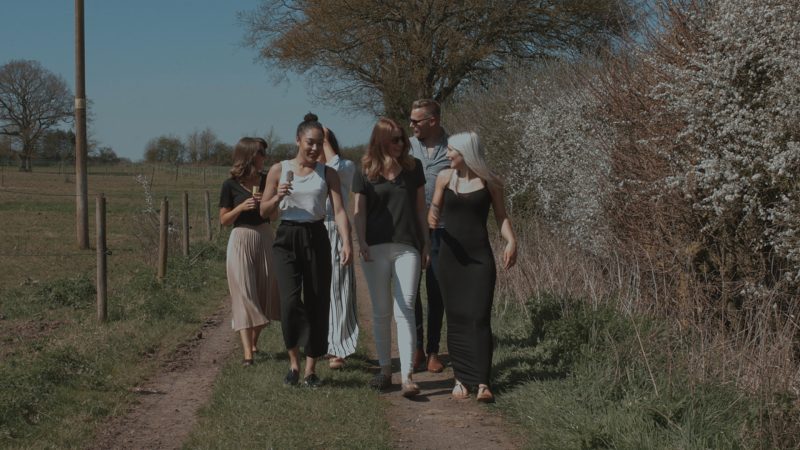 Working with INNOVO to promote the #LetsPeeHonest campaign